HungaroControl has awarded its best partners in 2014

At the beginning of every year, HungaroControl traditionally announces its Best Customer, Best Business Partner and the HungaroControl Partner awards. These awards are given to key Hungarian and international partners who, through their activity and constructive collaboration, have contributed to the fulfilment of the company’s strategic objectives  during the year.

The winner of the Best Business Partner award for 2014 is NATO International Staff.

HungaroControl concluded a highly successful year in 2014. Last April the upper airspace over Kosovo was re-opened for civil aviation.  HungaroControl earned considerable international reputation with this project implemented under our management at NATO’s request. Our air traffic controllers manage traffic in the upper airspace over Kosovo from the Budapest centre, at an approximate distance of 700 km. This helps the participants of the aviation sector – and primarily airline operators – to considerably cut costs, save fuel, improve efficiency and protect the environment. The excellent co-operation maintained between NATO International Staff and HungaroControl was conducive to the work implemented through broad international co-operation, and our success was topped by the fact that our bid submitted to the Kosovo tender was judged by the jury of the 2014 IHS Jane’s Awards to be among the four best tenders in  the ”Service Provision”  category. 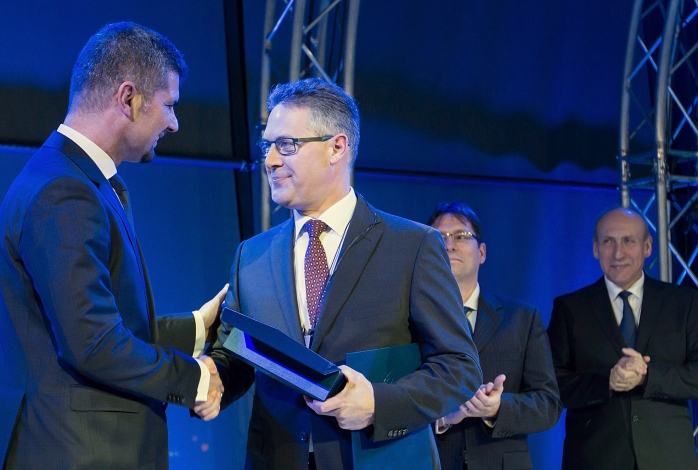 The award was handed over to Ludwig Decamps, president of BANM, by Kornél Szepessy, CEO of HungaroControl.

This year the Best Customer award was given to Austrian Airlines.

Austrian Airlines have been flying in the Hungarian airspace for over fifty years. Based on many years’ experience of, every unit of HungaroControl’s air traffic controllers defines this airline as a fair, compliant and reliable partner. There is a good mutual relationship between their pilots and Hungarian air traffic controllers, as confirmed by customer satisfaction surveys and the supporting recommendations made during the workshop organised for airlines. Due to the large number of their flights crossing the Hungarian airspace, Austrian Airlines ranks in 5th place with regard to terminal and route navigation fees. 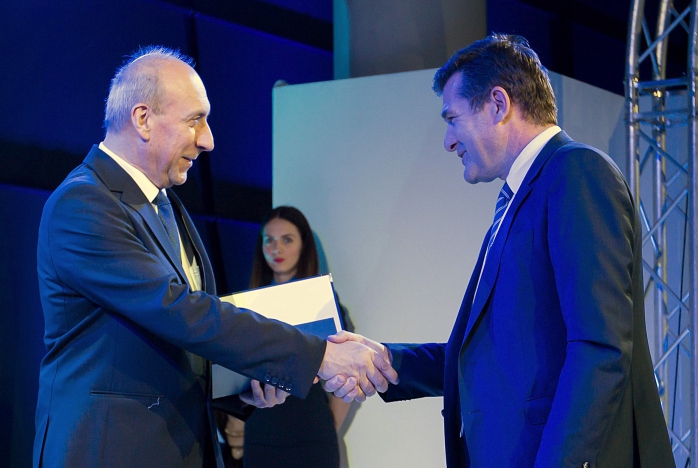 The engraved glass trophy for Best Customer was accepted from Gyula Hangyál, ATM Director of HungaroControl, by Walter Reimann, Austrian Airlines’ Vice-President for International and Aeropolitical Affairs and Alliances.

In 2014, the HungaroControl Partner Award, the oldest award established by the company, was granted to Rami Malik, Managing Director of MATT Humán Tanácsadó Kft., in recognition of his exceptional and exemplary work.

Rami Malik has had a working relationship with our company for nearly 10 years. His name equals reliability and authenticity in this profession. Taking an active part in the training elements of the human resources and safety areas affecting air traffic control, he helps HungaroControl’s operation and provides valuable professional support to the building and operation of various systems.

A token of the successful relationship over several years is the generous help provided above and beyond the fulfilment of orders, and the large amount of information and ideas benefiting and supporting the development of HungaroControl, which our Company can always rely on.

The award was handed over to the winner by Zoltán Székely, Safety and Security Director of HungaroControl. 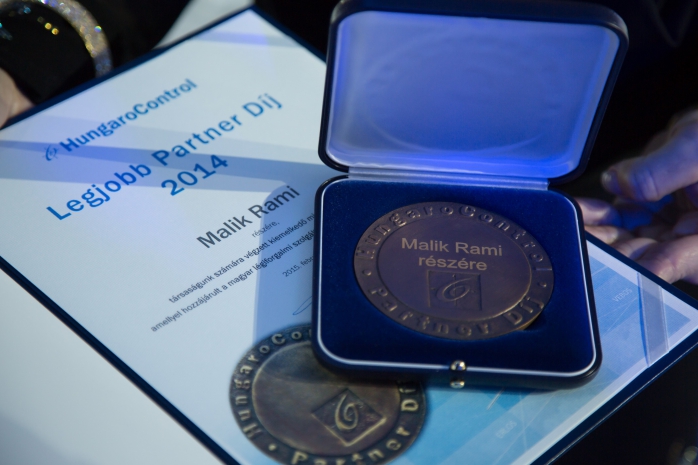