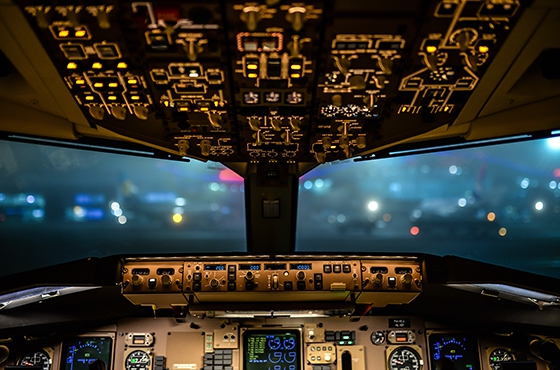 In addition to verbal communication, pilots and controllers will be able to communicate using data link services, by exchanging text messages. The purpose of the high technology programme is to improve flight safety and increase the capacity of Hungarian air navigation by optimising the use of the increasingly saturated radio frequencies. The project’s total budget amounts to EUR 6.8 million, 80 percent of which is financed by HungaroControl Zrt., while the remaining amount, more than EUR 1.4 million will be co-financed by the European Union through the Trans-European Transport Network (TEN-T).

CPDLC services will be launched in the Hungarian airspace in February 2015, as a function of the upgraded version of MATIAS (Magyar Automated and Integrated Air Traffic System), one of the world’s most advanced air traffic control systems.

With the introduction of CPDLC, an additional communication channel will be available for pilots and controllers to send non-time critical messages. Thus, in addition to verbal dialogues, information can be exchanged within a shorter time, and as opposed to the previous practice, controllers will be able to communicate with several pilots simultaneously, which will greatly increase air traffic management capacity. CPDLC will accelerate routine performance, and the congestion of voice channels used in air traffic control may be reduced if the radio frequency load is released. Data link communication will also reduce misunderstandings caused by interferences as well as errors due to aircrew fatigue, as a result of which flight safety will further be improved. HungaroControl’s MATIAS Build 10.1 air navigation software will also be able to prevent accidental posting of messages as a result of ‘misclicking’.

The project includes setting up the communication infrastructure and the establishment of the Hungarian regulatory background, which is in accordance with relevant recommendations of EUROCONTROL (European Organisation for the Safety of Air Navigation) and ICAO (International Civil Aviation Organization). The project also contains the selection of the network telecommunication service provider, as well as educational and simulation activities.

“HungaroControl has always been a pioneer in the adoption of new technologies: it was the first in the world to process and display complex data downloaded directly from aircraft for controllers (Mode S technology), and in the Central European region the Hungarian air navigation service provider’s system was the first that was capable of the new, call signal-based identification, which will be mandatorily used all over Europe by 2020. HungaroControl is also in the vanguard of developing the CPDLC technology in Europe, and we are convinced that data-based communication may considerably improve flight safety and the capacity of air navigation service providers”, said Kornél Szepessy, Chief Executive Officer of HungaroControl as an evaluation of the project.

Introduction of the data connection for controller–pilot communication between the systems used by air traffic control systems and aircraft (CPDLC) is required by Commission Regulation (EC) No 29/2009 laying down requirements on data link services for the SES. The European Union’s SES objective mandatorily requires the introduction of this service in the entire European airspace as from February 2015.  HungaroControl’s project also meets the expectations of the SESAR draft research plan, which encourages the modernisation of air traffic services.