The Grant Agreement for FAB CE’s Free Route Airspace from the Black Forest to the Black Sea study was signed on 27 November, 2015. The study is co-financed by Connecting Europe Facility (CEF) with over one million euros of co-financing and will be managed by SESAR Deployment Manager. The project was selected for funding under the SESAR priority of the 2014 CEF Transport calls, which made 13 billion euros available to finance projects to improve European transport infrastructure, promote transport safety, develop intelligent transport systems and mitigate the environmental impact of the sector. The study contributes to the deployment of Flexible Airspace Management and Free Route, one of the six ATM functionalities identified in the Pilot Common Project (Regulation (EU) No 716/2014).

The title of the study reflects FAB CE’s determination of creating a concept whose potential does not end where its geographical borders do: it reflects a forward-thinking attitude that benefits not only the Functional Airspace Block, or even one single region, but the added-value will be recognizable on a European scale. The study takes the commitment of the seven FAB CE ANSPs, seven countries with one common goal: the defragmentation of airspace that supports the Single European Sky.

The aim of the technical feasibility study, which was launched in September 2015 and will be completed by April 2017, is to develop and validate the Free Route Airspace Concept of Operations within the Functional Airspace Block Central Europe (FAB CE) with the potential of extending it beyond its borders. The study will include the development of the CONOPS, simulation exercise (simulations at HungaroControl’s Centre for Research Development and Simulation will be performed as a means of validation) to validate the findings and a detailed elaboration on the necessary ATM system requirements to connect the individual ATM systems. 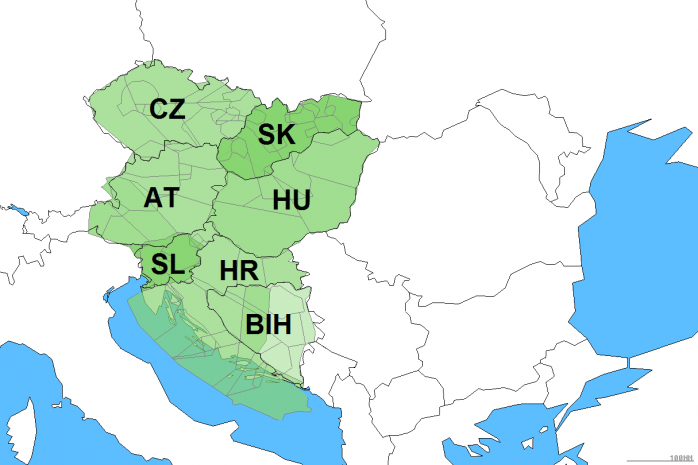 By 2019, FAB CE aims to fully implement the FRA concept. For the users this will mean that within dedicated Free Route Airspace they may freely plan routes across the whole FAB area, respectively between defined entry points and defined exit points, with the possibility to route via intermediate waypoints. There will be no reference to the Air Traffic Service route network, subject to airspace availability. Within this airspace, flights remain at all times subject to Air Traffic Control and to any overriding airspace restrictions. The main objective of FRA implementation is to offer opportunities for the users to improve the efficiency of plannable direct routes, trajectories both within the FAB CE airspace and between neighbouring FABs.

FAB CE Aviation Services Limited is the affiliated entity of AustroControl, ANS CR, Croatia Control, Hungarocontrol, LPS SR, Slovenia Control and will act as the main decision-making body supporting the implementation of the Action, and its legacy following its completion. in general, it will be responsible for the management of several projects related to the improvement of air navigation efficiency in the region, since the major goal of the establishment of the affiliated entity was to foster the implementation of agreed deliverables of FAB CE projects on the one hand, while on the other hand, the goal was to facilitate the exchange of services and to assist the whole FAB CE Programme, with high-level professional ATM expert support, project management techniques, and professional administrative services.