CPDLC Introduction for Romania and Bulgaria Simulated at HungaroControl CRDS

In HungaroControl’s CRDS (Centre of Research, Development and Simulation), the various procedures of implementing the CPDLC technology in the Romanian and Bulgarian airspace were put to the test.

In the course of the nearly two-week long series of simulations, the effect of the new data link system on air traffic controllers’ workload and on capacity in the Bulgarian and Romanian airspace was analysed. The findings of the real-time simulation prove that the CPDLC technology will reduce the frequency load used by ATCO’s. 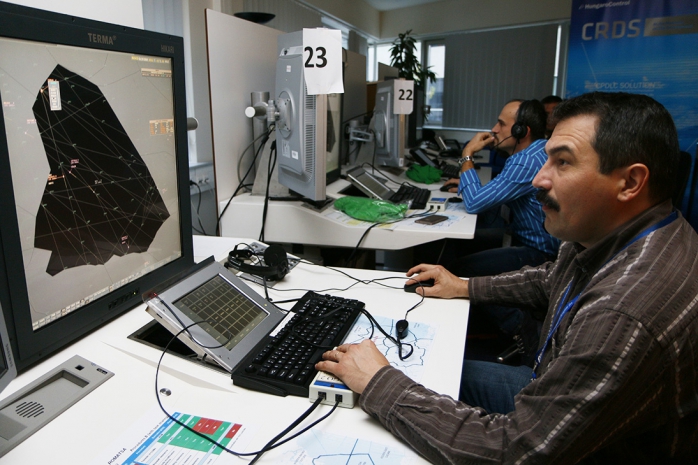 In the course of the real-time simulation called “Danube FAB CPDLC Validation Real-Time Simulation (RTS)”, for the first time in the world, engineers made an accurate copy of the different air traffic control systems used by the air navigation service providers – ROMATSA and BULATSA – of an entire functional airspace block (the Danube FAB). In the environment generated in three months, which is 90% identical with the original, the foreign controllers and experts arriving at Budapest were able to perform the tests with the highest possible efficiency. According to the feedbacks electronically processed so far, the platform copied for the purpose of testing the CPDLC technology recorded every important feature of the Romanian and Bulgarian systems currently in use. 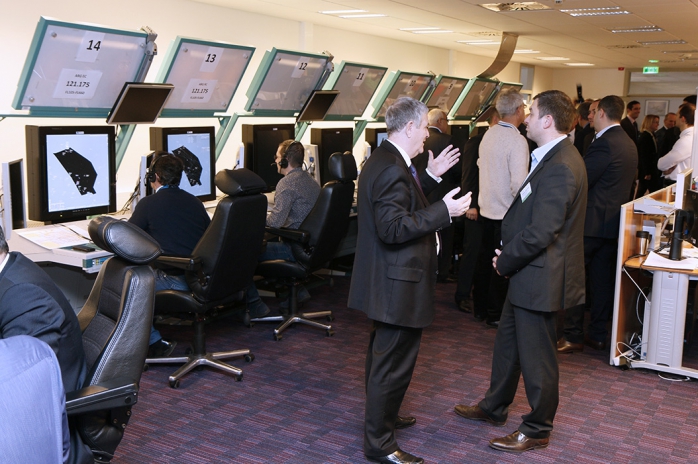 In HungaroControl’s Budapest Centre of Research, Development and Simulation (CRDS) the CDPLC technology, which enables direct data link between the control centres and the on-board systems of aircraft, was tested for nearly two weeks in the second half of November 2014. CPDLC opens a digital data link channel for the transmission of information and instructions between ATCOs and pilots independently of the radio frequencies currently used for voice communication. With the application of this communication method, considered an innovation in air navigation, flight safety can be increased and the congestion of voice communication frequencies can be reduced. In accordance with the requirements of European integration (Single European Sky, SES) and the results of SESAR research to implement the modernisation of air navigation services, the use of this system will be mandatory in Europe from February 2015. The real-time test series of the Danube FAB prepared the introduction of the service in Bulgarian and Romanian airspace, and thus contributed to the development of air transport infrastructure in the region. 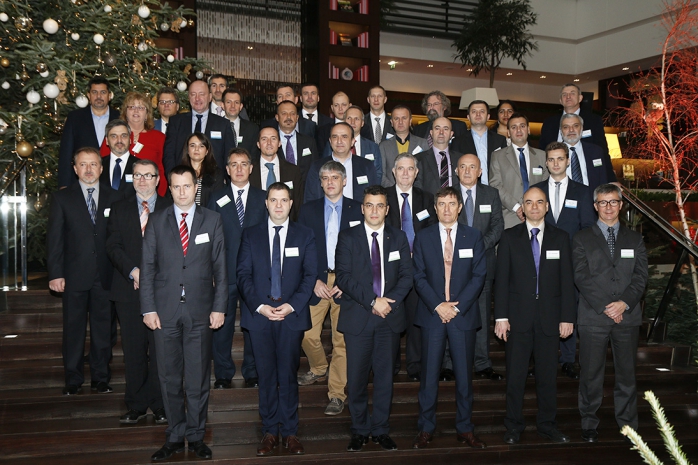 Parallel with the simulation, on 26-27 November 2014, the CRDS organised a professional workshop titled “Short-Term ATM Challenges”. Representatives of the Austrian, Bulgarian, Czech, Hungarian, Macedonian, Romanian, Serbian and Slovakian, air navigation services as well as the European Community, EUROCONTROL, HELIOS, the Spanish Indra Sistemas and PildoLabs all participated in the two-day event. Guests listened to presentations on topics that are in the focus of professionals’ interest at the moment (CPDLC, Performance Based Navigation, Free-Route Airspace), on which the products included in the CRDS portfolio are also built. They were able to familiarise themselves with the MergeStrip tool, developed in Hungary, and view the demonstration exercises currently running in the CRDS.