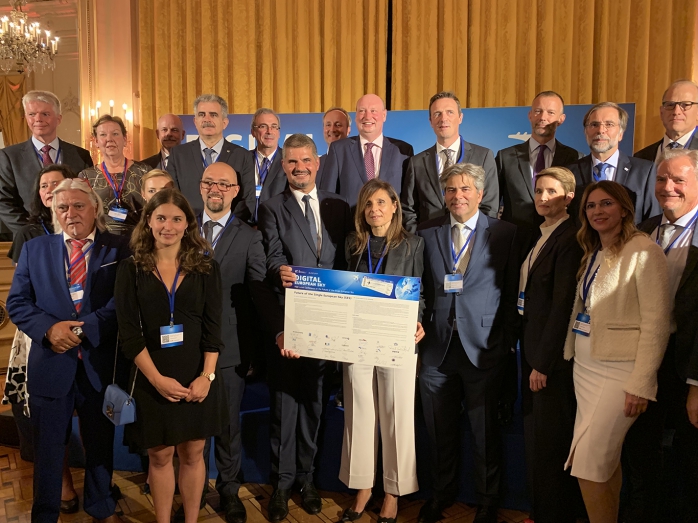 A declaration on the full implementation of the Single European Sky (SES) was signed in Brussels by Europe's leading aviation stakeholders. Signatories are calling for a unified air navigation network that fully meets traffic challenges through the use of new technologies, guarantees the highest possible level of safety, reduces its environmental impact caused by the flights, as well as cyber-security risks can be mitigated.

At the High Level Conference on the Future of Single European Sky, 21 signatories have supported the Joint Declaration for the future of the SES. The vision can only be achieved through the concerted and comprehensive work of all stakeholders, European Member States and institutions. Therefore, they are called upon to examine the steps needed to achieve the Single European Sky and to simplify the current regulatory and institutional framework, which is the only way to make the air traffic network capable of meeting future challenges.

In a joint statement, the signatories of the declaration underline that global passenger traffic is expected to double by 2037. Ensuring increasing capacity requirements and reducing environmental impacts is a major challenge for the European aviation industry and Member State governments. This change requires the introduction of new technologies and working methods, the harmonization of national regulations and the creation of infrastructure to meet new needs. 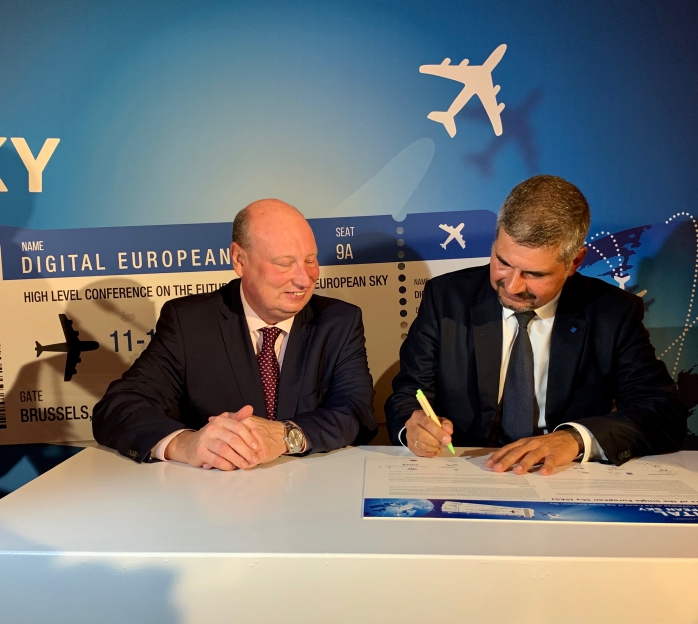 The statement was signed by Kornél Szepessy, CEO of HungaroControl, on behalf of Gate One, the association of air navigation service providers from thirteen Central and Eastern European countries, including Hungary. Emphasizing the importance of the event, he said: “This statement is a milestone for the industry as it sets its future for decades. But it is just as important for Gate One members as these 13 countries manage nearly 35 percent of European air traffic.”

"Regulation of European aviation is facing a paradigm shift, and the European Commission is expected to redefine Single European Sky rules over the next year. There is a major challenge ahead of decision makers: creating a sustainable European aviation system and responding to the current capacity crisis”- explained the CEO of HungaroControl.

“We expect the European Commission to remain open to dialogue when elaborating the details and to take into account the experience and interests of air navigation service providers. We are also confident that they are aware of the inevitable role of the Central European region in European air traffic, and this will be reflected in future decisions”, said Kornél Szepessy.

He added: "HungaroControl, with the support of the Hungarian government, will continue to work to ensure that the interests of the region and Hungary are effectively reflected in European decision-making."