The members of the GATE One (GO) initiative, which is one of the largest regional ANSP platforms in Europe, agreed to play a more active role to explore potential for future inter-FAB cooperation.

The CEOs of the GO Initiative which includes designated ANSPs covering 3 existing FABs (Baltic FAB, Danube FAB and FAB CE) and 2 non-EU FIRs (Belgrade and Skopje) - at their meeting in Sofia on 3rd December agreed to strengthen their operational and technical cooperation. As a pilot common project the CEOs proposed to launch a study to synchronize cross-border Free Route (FRA) implementation in the region for the airspace serviced by GO members. The participating CEOs went along with the opinion to keep GO as a cooperation platform. 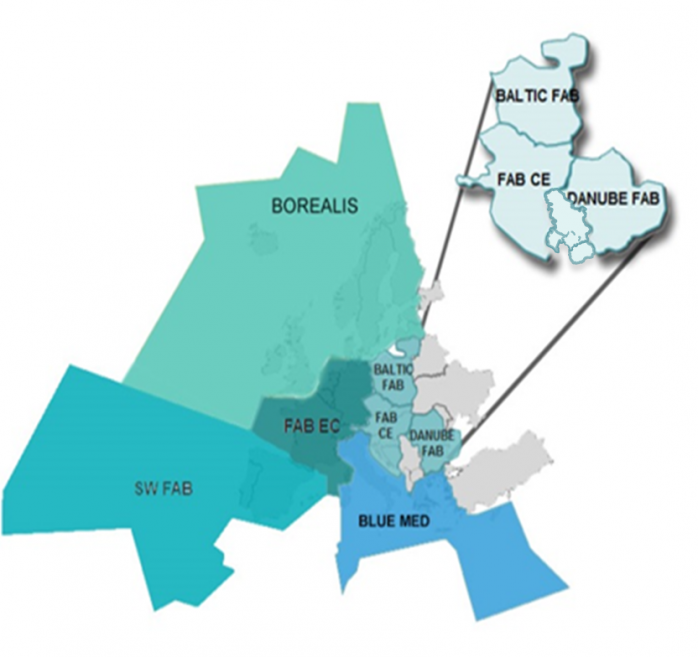 „The ANSP members supported the proposed vision, which will allow us to work more closely together among others for airspace optimization, thus to be able to offer the best possible longer term ATM solutions for our airspace users” – said Miroslav Bartos, Chairman of the GO CEO Committee meeting.

GO members will continue with their ongoing FAB development and national ATM improvement projects. GO FRA shall be developed on top of the existing ATM efforts being a kind of regional FRA umbrella project. It will be built step by step, making best use of the lessons learnt from similar regional initiatives and to get common benefits from SES/SESAR deployment.

Another significant outcome of the meeting was the accession of SMATSA (the Serbian-Montenegro ANSP) and M-NAV (Macedonian ANSP) to the GO initiative. „We are very pleased to join the GO initiative, thus we can act as a bridge between our region and other initiatives. We look forward to working on airspace defragmentation together with all GO members. Our airspace is an important transit corridor and we need to develop a synchronized FRA Concept of Operation in close cooperation with our neighbouring ANSPs.  For us, GATE One is also a „door” which can bring us to a future pan-European Single Sky” – stated the SMATSA and the M-NAV delegation.