Following 5 February 2015, HungaroControl will be first in Europe to abolish the entire fixed flight route network, thus enabling airplanes to use the airspace freely, without any restrictions. The significance of the new traffic management concept (Hungarian Free Route Airspace, HUFRA) is that airplanes can take the shortest possible flight path between the entry and exit points in Hungary’s airspace. According to experts, this solution suggests potential yearly savings of 1.5 million kilometres by aircraft flying over Hungary. As a result, airlines may save nearly million worth of fuel per year, which may also lead to a reduction of CO2 emissions by more than 16 million kilogrammes.

Pursuant to Regulation No. 716/2014 of the European Commission it will be mandatory for air navigation organisations to introduce Free Route airspace, above 9000 metres across the whole of Europe by 1 January 2022. The Hungarian air navigation service provider HungaroControl has met these provisions well before the deadline and implemented Free Route Airspace without any time or space limitations, so that airplanes can make the fullest use of this service in the Hungarian airspace.

With the application of HUFRA, airplanes can cover the distance between their entry and exits points in the Hungarian airspace flying the shortest possible trajectory, without inserting any unnecessary navigation points. This way airlines can plan and implement their flights in the Hungarian airspace in the most economical and environmentally friendly way. Thanks to this concept, the routes of flights through Hungary may be reduced by almost 1.5 million kilometres a year, with the fuel saved this way an airplane could fly around the Earth as many as thirty times. 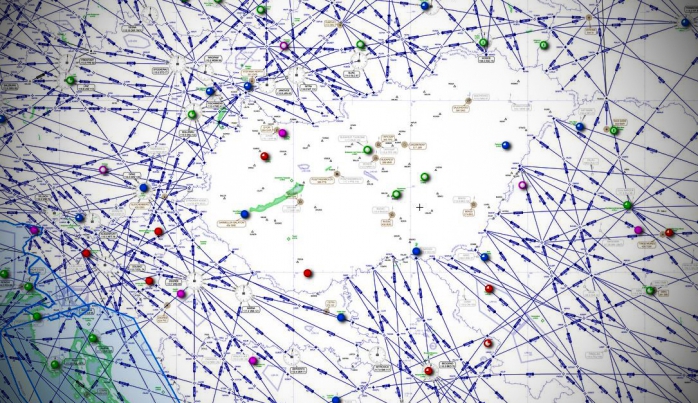 In Europe the Free Route concept has been introduced in several countries (e.g.: Portugal, Ireland, Denmark and Sweden) but because of the need to maintain the route system, airlines can only use it with time and space limitations. The significance of the concept developed by HungaroControl is that it ensures real freedom in Hungarian airspace. HUFRA does not only offer several benefits for the users of airspace but it also optimises the capacity of the air navigation service provider and reduces the load on air traffic controllers. This way it indirectly contributes to a further increase in flight safety.

“The solution developed by the Hungarian air navigation service provider is also regarded by EUROCONTROL experts and our FAB CE partners as an example to follow. We are already conducting negotiations with the management of the Austrian, Croatian and Slovenian air navigation services on how to establish the technical and operative conditions for cross-border Free Route operations. We are also planning to cooperate with the ANSPs operating in other FABs,” – said Kornél Szepessy, CEO of HungaroControl.

The introduction of the service has been enabled by the continuous innovation of one of the world’s most modern air traffic control system, MATIAS (Magyar Automated and Integrated Air Traffic System). The introduction of HUFRA was preceded by a series of tests over several weeks in HungaroControl’s Centre of Research, Development and Simulation, CRDS. The concept achieved its final form after specialists from the twenty most representative airlines using Hungarian airspace had provided their opinions.