As one of its major technology development projects, HungaroControl upgraded MATIAS (Magyar Automated and Integrated Air Traffic Control System), its state-of-the-art air navigation system. As part of this upgrade, the CPDLC feature went live at the end of November 2015, following nearly six months of testing, approximately three years ahead of the deadline set by the European Union.

”The objective of this development is to further improve flight safety and increase the capacity of Hungarian airspace by optimising the use of radio frequencies, which are becoming more and more congested due to the increase of air traffic.” – Mr Barnabás Kis, HungaroControl’s Chief Technology Officer stated of the new service feature. 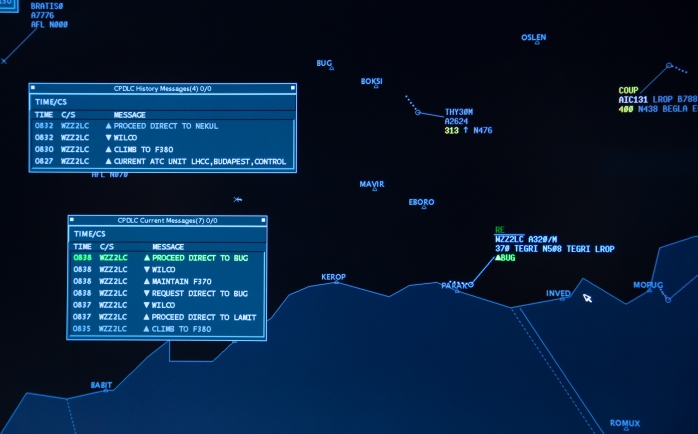 By using CPDLC, routine tasks will be faster, and the load on radio frequencies may be relieved, reducing congestion on voice communication channels. With the help of datalink communication, misunderstandings due to radio interference and fatigue-related mistakes can be ruled out, thus flight safety will be further improved.

Thanks to the introduction of CPDLC, information exchange may become faster than during normal voice communication, and air traffic controllers will be able to communicate with several pilots at the same time, which may significantly increase the capacity of the Hungarian airspace.

The go-live date was scheduled for November on purpose: the coming months are meant to leave air traffic controllers sufficient time to hone their CPDLC skills before the busy summer season in 2016.

HungaroControl’s development was realised as part of the MATIAS Build 10.1 project with the co-financing of the EU’s Trans-European Transport Network (TEN-T).

Experience of Hungarian air traffic controllers may contribute to the safe introduction of CPDLC across Europe, and may further strengthen HungaroControl’s favourable reputation the company has built thanks to its introduction of services and tools well before mandatory EU deadlines.