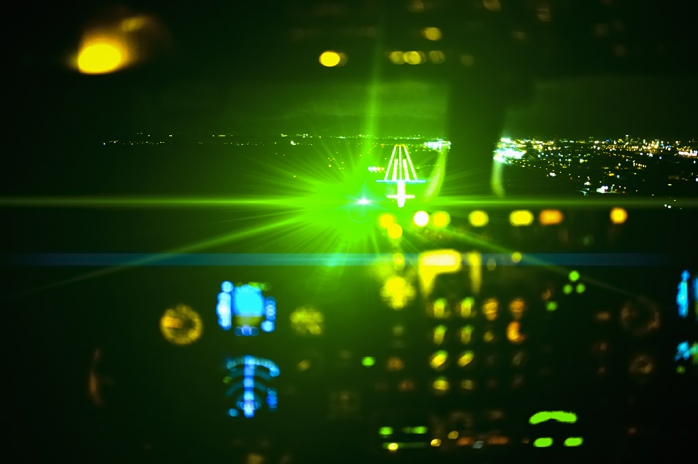 BUDAPEST, October 4, 2019 -  Hungarian air traffic controllers have received nearly 50 laser attacks so far this year on aircraft using the airport of Budapest. Shining a laser at an aircraft is serious incident, these devices can distract pilots from up to ten kilometers away. It threatens the physical integrity of the flight crew and rushes thousands of passengers into danger.

Laser attacks are still common in the Hungarian aispace. Air traffic controllers have received nearly 50 notifications so far this year. HungaroControl has informed the authorities on each occasion.

Shining a laser at an aircraft is incredibly dangerous, these devices can distract pilots from up to ten kilometers away. Laser attacks on aircraft using the airport of the Hungarian capital threaten thousands of passengers. It can also distract the flight crew during take-off and landing maneuvers that require the most concentration. In severe cases it might cause serious or permanent health damage.

Pilots reported laser attacks nearly 100 times last year. The number of such incidents is expected to increase in the autumn-winter period. To prove this, one fifth of this year's cases occured in September. It also happened that during landing the co-pilot had to take control of the plane from the captain due to laser-blinding.

Disruption of pilots is considered a threat to air traffic and could result in up to three years' imprisonment.