HungaroControl: Record Traffic in the Air

In July 2015 the air traffic controllers of HungaroControl handled 100,856 aircraft, beating all previously measured records. New traffic records emerged in transit traffic, while the number of flights arriving and departing from Budapest also reached the highest figures since November 2011. On 26 July 2015 the air traffic controllers of the Hungarian control centre handled a record number of 3,644 flights in one day.

Air traffic statistics also grew significantly in the summer of 2015 in the airspaces managed by the air traffic controllers of HungaroControl. In July in total 74,558 aircraft flew across the Hungarian airspace, which figure is almost 11 percent higher than the number registered in the same month of the previous year. Since 11 July an increasing number of aircraft flew across Hungary (2,624 on 11 July, 2,646 on 18 July, 2,663 on 25 July, 2,689 on 1 August and 2,722 on 8 August). On 26 July 2015 a daily record figure emerged with 3,644 flights. 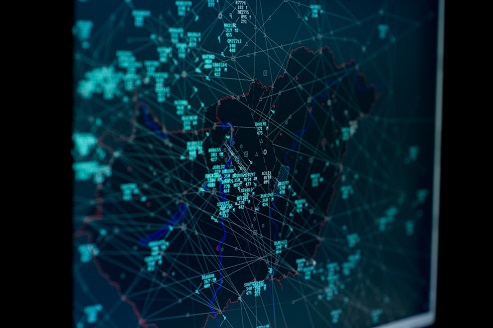 The traffic increase observed in the previous months also continued in the upper airspace over Kosovo. In July 2015 in total 9,599 aircraft flew across the KFOR Sector, which figure reflects a 27.48 percent increase compared the similar month of the previous year, and was the highest monthly figure since the re-opening of the five transit routes. On 4 July 392 flights crossed the airspace over the Balkan country in one day, remotely controlled from the Budapest centre, which was also a record figure.

The cause behind this traffic increase goes beyond the seasonal effects: the growth was primarily the result of the restructuring of the aviation routes due to the Ukrainian events in 2014, as well as the remote services provided in the upper airspace over Kosovo, which have been functioning smoothly for more than one year. The third cause behind the increase is the introduction of the Hungarian Free Route airspace (HUFRA), which enabled airplanes to use the airspace freely, without any restrictions.