HungaroControl to showcase its most recent research, development and innovation achievements in Madrid

The Hungarian ANSP is outlining its most successful projects and future air navigation procedures at the prestigious international exhibition.

Digital messaging between pilots and air traffic controllers, remote tower control, smart glasses that track the ATCO’s eye and head movements, a simulation centre suitable for testing new technologies – future air navigation services will be characterised by such state-of-the-art technology. HungaroControl presented its latest developments and the services of its Centre of Research, Development and Simulation (CRDS) at the prestigious World ATM Congress 2015, held in Madrid from 10-12 March. 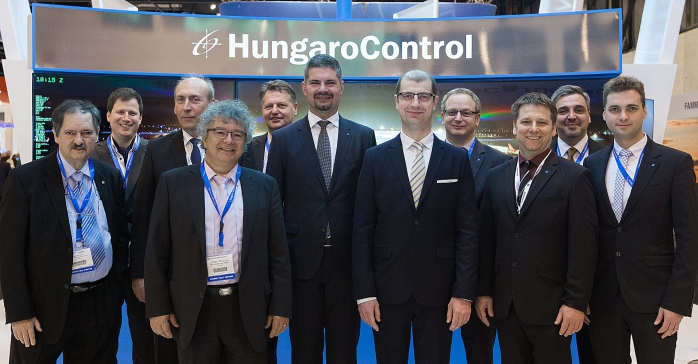 There is only one other facility in Europe that is of a comparable size and level of technology to HungaroControl’s CRDS centre of research, development and simulation: EUROCONTROL’s Experimental Centre, near Paris. The services of this CRDS centre will now be showcased for the international audience of the World ATM Congress. The purpose of the simulations performed in CRDS is to enable both the Hungarian and foreign air navigation service providers to learn and test the procedures that are mandatory in Europe as well as innovations already developed by HungaroControl, in order to then be able to successfully introduce them in their respective airspaces.  Of the numerous innovations demonstrated at the exhibition, the focus will be on the CPDLC (Controller-Pilot Data-Link Communications) technology, used for text-based messaging between pilots and ATCO’s. HungaroControl will introduce CPDLC in the Hungarian airspace within the framework of its HUF 2 billion efficiency improvement programme[1], well before the deadline set by the European Commission.  The most recent successful international test series of CRDS is also related to the validation of CPLDC: at the end of last year, controllers from the Danube FAB countries tested the new data link system with real-time simulations in the centre. 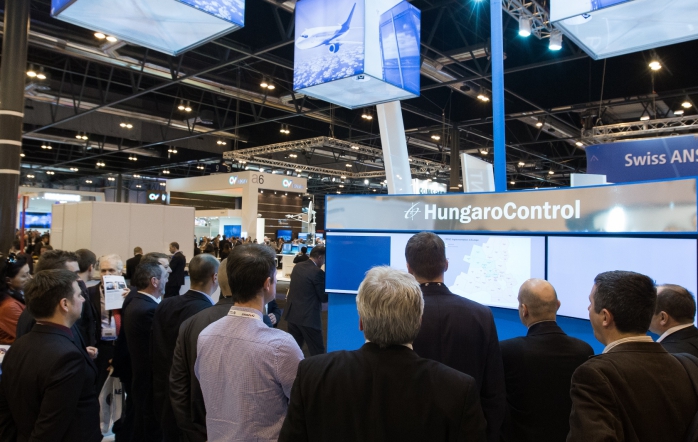 At this year’s exhibition, the Hungarian ANSP is presenting two of its projects that included technological innovations implemented for the first time in Europe.  One of them is the Kosovo project, in the course of which HungaroControl’s ATCOs have been managing overflight traffic in the airspace over Kosovo from a distance of 700 kilometres for nearly a year now. The other concept to be showcased is the Hungarian Free Route Airspace (HUFRA), which completely abolished the entire network of flight routes for the first time in Europe as of last month in the Hungarian airspace. This renowned exhibition provides an excellent opportunity for global audiences to familiarise themselves with HungaroControl’s developments, which are recognised internationally, as well as by European ATM organisations. These developments include Budapest 2.0, a programme implemented under SESAR Joint Undertaking to demonstrate technological innovations and procedures that improve the operation of small- and medium-traffic airports and service providers.

HungaroControl is also presenting its “virtual” tower (rTWR) concept at the Madrid exhibition, which will enable providing location independent aerodrome control service in the future. HungaroControl’s own traffic design concept, MergeStrip is being showcased as well. This development has been successfully operating and contributing to more economical aircraft operation, lower CO2 emissions and noise reduction in the vicinity of airports since its introduction in 2013.

HungaroControl is also exhibiting its smart glasses called “AirField Glasses” developed jointly with the Budapest University of Technology to facilitate the work of air traffic controllers. This instrument is capable of the selective display of air navigation data by tracking the ATCO’s head and eye movements with the help of a brand new technology.

[1]The program will be implemented with nearly HUF 420 million in support from the European Union’s Trans-European Transport Networks (TEN-T).